Posted on February 5, 2014 by wonkydonkey

The region has gone crazy, and I am doing my level best to stay out of the way. Hundreds of thousands of football fans are descending on downtown Seattle (some camped overnight along the parade route), making the commute to work this morning a nightmare of pushing, shoving, inconsiderate fans who think it’s a big ol’ holiday when there are a lot of us that just need to get to work.  There was a guy who was already three sheets to the wind, stumbling down the sidewalk shouting, “GO HAWKS” in the faces of everyone he passed. At seven in the morning. Nice.

Crowds of fans riding the public transit seem to have left their manners at home, elbowing people to get onto the train, pushing people out of their way, crashing into fellow passengers with their fold up chairs, and knocking little kids over as they jostle to shove their way onto the trains and buses.

It’s not that I’m anti-sports or anything, but I cannot understand what it is about football that turns people into neanderthals.

I’ll be glad when today is over. 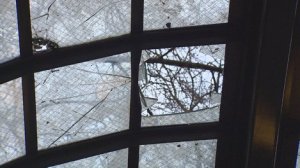 You want random? You got it. Mostly knitting and gardening, with some home improvements, pets, baking, family, and the occasional bad joke thrown in for good measure.
View all posts by wonkydonkey →
This entry was posted in Pet Peeves, Random Thoughts. Bookmark the permalink.
Loading Comments...